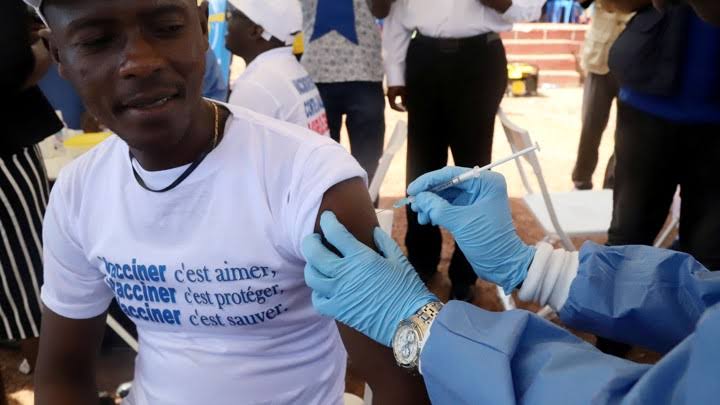 The vaccine was first used with very positive results in 2015 during the Ebola outbreak in West Africa that killed over 11,300 people. Since then it has been administered in multiple outbreaks under a “compassionate use” protocol – given that it is safe and effective against this strain (Zaire) of Ebola. The vaccine has proven to be over 97% effective.

“This announcement is a long time coming and it’s critical that other agencies get on board by quickly approving Merck’s Ebola vaccine,” said AHF President Michael Weinstein. “The DRC outbreak is far from over, and given past trends, it is assured that there will be others in the future. It’s clear that the global public health community needs mechanisms in place to quickly approve and mass-produce lifesaving medicines and vaccines—it’s the only way to begin to prepare for infectious disease outbreaks that kill thousands, and potentially millions of people.”

In addition to insufficient vaccine quantities, the DRC outbreak is being fueled by community members’ deep mistrust for response personnel, as well as continued violent attacks by militias on health workers and response assets. To help bridge the gap between the community and outbreak personnel, the UN’s MONCUSO [UN Organization Stabilization Mission in the DRC] team took a promising step towards building better relationships by recently holding an Ebola information session for over 800 attendees.

“We welcome anything UN and WHO officials can do to build and restore trust for health workers—they’re putting their lives on the line every day,” added Weinstein. “Any actions that help keep them safe and help stop the outbreak are a win-win and strongly encouraged.”

Since August of last year, there have been nearly 3,250 Ebola cases and almost 2,170 deaths in what is now the world’s second-worst outbreak in history.