By Gitonga Njeru in Thika, Kenya 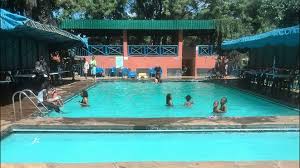 The Ministry of Health in Kenya has announced that it will set up a task force responsible to reduce deaths associated with drowning, especially with cases involving young children under the age of ten.

Health Cabinet Secretary, Cecily Kariuki confirmed that most of the deaths involve children under the age of ten who drown while swimming in rivers or swimming pools often left unattended.

“Drowning is often underlooked as a public health threat. As a matter of fact, there are no figures on this type of accident since a lot of the cases go unreported and often listed as a different cause of death other than drowning. As a Minister in charge of Health, I have made everything possible to set up a task force that will submit a report to me in six months and give me a way forward.

“They will do a lot of groundwork and come up with good figures, give accurate data such as the main causes. But we believe that there is a great need to train more on first aid especially among swimming instructors and other stakeholders in this sector”, said Kariuki.

According to the Kenya police records, about 4,607 deaths last year alone were caused by drowning. Figures further show that even skilled swimmers were also victims. But figures could be even higher as several cases go unreported.

“A lot of the cases also involved people drowning in bathtubs or swimming while drunk. Actually, most of these cases can be prevented. Stricter guidelines need to be set up by the health Ministry towards the issuance of certificates to professionals such as lifeguards. This will enable them to do a better job while on duty and improve their skills. Obviously, refresher courses as technology continue to evolve and new lifesaving techniques continue to be discovered very often”, says Charles Owino, the Kenya Police Spokesman.

He says that also a worrying trend of increasing cases involves murder victims being drowned in pools, ponds and other water bodies in different parts of the country.

“There is a case we are investigating that a person was put inside a small metal container and thrown into the Indian Ocean”, said Owino.

The Ministry expects a report to entail the way forward in preventing such accidents. The task force will be expected to come up with better ways to improve first Aid training to professionals plus how many of them will need to be hired to cater for the population.