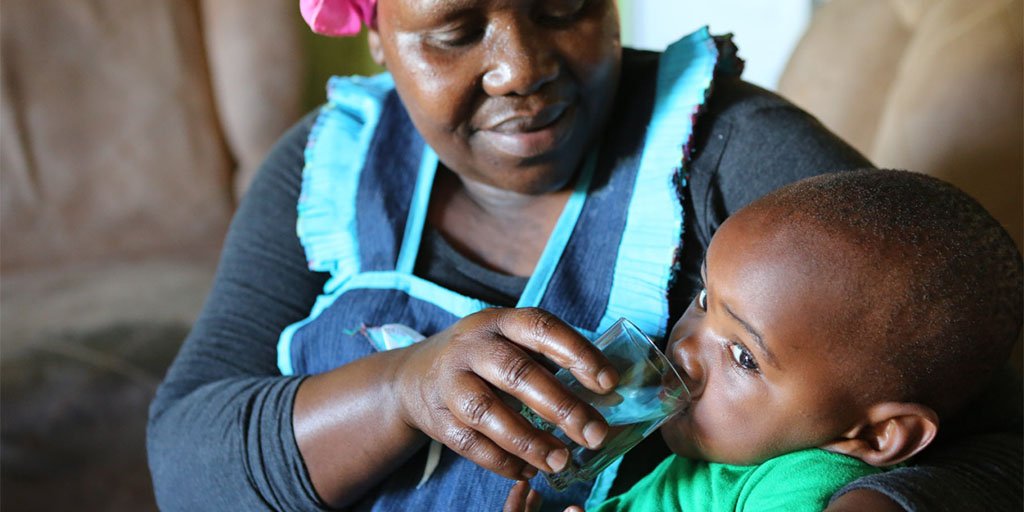 TB Alliance Tuesday announced that one million treatment courses of child-friendly tuberculosis (TB) medicines have been ordered by 93 countries in the three years since the introduction of the products.

The new medicines, which were first introduced nationally in Kenya in September 2016, are easier for caregivers to administer and for children to take. The announcement took place at the first International Global Health Security Conference in Sydney.

“TB Alliance is proud to have led the development of improved, child-friendly, fixed-dose combinations for TB, a disease that still affects more than one million children every year and tragically kills more than 600 children each and every day,” said Mel Spigelman, M.D., president and CEO of TB Alliance.

The 93 countries procuring the medicines have 75 per cent of the estimated global childhood TB burden. While TB is preventable, treatable and curable, it remains a leading cause of death worldwide. According to the World Health Organization (WHO), at least one million children develop TB each year and about 234,000 children die from the disease.

“Child-friendly TB medicines are an excellent example of what we can achieve when we work together. At Unitaid, we are thrilled to have laid the foundations for governments and partners to bring these life-saving drugs to children in 93 countries,” said Lelio Marmora, executive director of Unitaid, the principal funder of the STEP-TB project.

“The World Health Organization is very pleased to see the successful rollout of the child-friendly FDCs that are ensuring that children receive the right doses of medicines, increase adherence and treatment outcomes, ease the burden on families and save more lives,” said Tereza Kasaeva, M.D., director of the WHO Global TB Programme.

Previously, caregivers had to cut or crush multiple, bitter-tasting adult pills or combine incorrectly dosed formulations in an effort to achieve the appropriate doses for children. This made the six-month treatment journey difficult for children and their families, contributing to difficulties with adherence, treatment failure and death from the disease. The treatments, which were introduced in 2016 are the first to meet the WHO’s guidelines for childhood TB treatment. They are improved formulations of first-line TB treatment that come in the correct doses for children, require fewer pills, are fruit-flavoured and dissolvable in water.

“Reaching the milestone of one million ordered child-friendly TB treatments is fantastic, and the result of tremendous efforts from many partners. I want to highlight the part we did because as much as 98% of the ordered treatment courses were procured through StopTB Partnership’s Global Drug Facility (GDF), using funds provided by USAID, Global Affairs Canada, the Global Fund as well as domestic budgets,” said Lucica Ditiu, M.D., executive director of the Stop TB Partnership.

“In addition to GDF playing a key role in product introduction through technical assistance, our work with communities, civil society, and country partners ensured increased demand at the country level. Now, let’s move on to achieve the next one million orders of child-friendly TB treatments.”

“Child-friendly medicines improve the daily lives of children and their families struggling with TB, and that’s vital when you have to take life-saving medicines every day for six months. At Macleods, we are 100% committed to treating TB by supplying better formulations at affordable prices,” said Vijay Agarwal, business development director of Mumbai-based Macleods Pharmaceuticals, the first manufacturing partner.

In 2013, TB Alliance launched the Speeding Treatments to End Pediatric Tuberculosis (STEP-TB) initiative to improve treatment for children with TB, with major support from Unitaid, and additional funding from Australian Aid, Irish Aid, USAID, UK Aid and other partners. Macleods Pharmaceuticals was the first manufacturer to do the scale-up and formulation work necessary to bring these products to market. The new medicines are currently available to order through the Stop TB Partnership’s Global Drug Facility and directly through manufacturers.

“On behalf of the Australian people, we are proud to invest in better TB medicines for children,” said Peter Versegi, Australian Ambassador for Regional Health Security. “This remarkable level of uptake is a testament to progress made in the fight against global health threats like TB.”