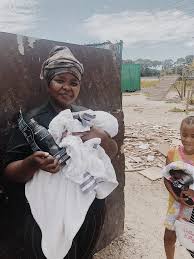 On February 18-19, Project ECHO will conduct an immersion workshop training in Johannesburg, South Africa, for around 75 public health care leaders and providers across the continent who want to use the ECHO model to reduce disease and improve health in their communities.

Globally, Africa is leading the creation and deployment of regional and multi-country ECHO networks that are transforming public health emergency preparedness and response. By the end of 2019, every country in Africa will be participating in at least one Project ECHO program.

Since the first African ECHO was launched in Namibia in 2015, project ECHO’s presence in Africa has grown to nearly two dozen programs run by local hubs in 13 countries. Ministries of Health all over the continent are recognizing the potential of the ECHO model to more effectively build workforce capacity across health systems.

“The ECHO movement in Africa is expanding rapidly—across countries, across regions, and across disease program areas,” said Bruce Struminger, MD, who leads the ECHO Institute’s initiatives in Africa. “Most exciting is the development of critical communication, collaboration, and capacity-building networks both across and within countries that allow senior health officials from multiple sectors to work together in a new, more direct way to address problems on the ground.”

Following are four examples of how countries in Africa are adapting and implementing the ECHO model to help solve some of the continent’s most pressing health challenges:

Namibia. The Namibian Ministry of Health and Social Services (MoHSS) piloted Namibia Project ECHO, Africa’s first ECHO initiative, to expand HIV services delivery at sites with high HIV prevalence. Over a year, the pilot engaged over 100 providers in ten state hospitals around the country in weekly teleECHO sessions on HIV care and treatment. The pilot was so successful that, after its conclusion in September 2016, the Namibian Ministry expanded it to other sites.

Now in its third year, the Namibia HIV program has more than 40 sites participating in the weekly ECHO sessions. The model is being adapted to address HIV service issues such as linkage to care, delivery service models and treatment of patients with high viral loads, and is part of a larger effort to improve care and treatment of the estimated 37 million people living with HIV worldwide.

“Project ECHO has proven to be one of the most useful tools the Ministry of Health and Social Services of Namibia is using to build the capacity of health care workers and improve quality of health care services for patients,” said Leonard Bikinesi, chief clinical mentor of MoHSS’s National HIV Program.

Kenya. Tuberculosis (TB), which causes 1.7 million deaths each year and remains the world’s deadliest infectious disease, is the focus of three ECHO programs in Kenya focused on strengthening care and treatment of multi-drug resistant TB, pediatric TB, and TB infection. In another first, a data-driven TB ECHO initiative operates in collaboration with the International Union Against Tuberculosis and Respiratory Diseases. The programs all support the WHO Global Plan to End TB.

Zambia. The Africa Centers for Disease Control and Prevention (CDC) operates an ECHO hub from Zambia that connects leaders in 10 countries to improve infectious disease surveillance and public health preparedness and response to emergencies such as outbreaks of cholera and Ebola. Through this groundbreaking partnership, health ministry leaders across Africa are for the first time working together directly to develop strategies and tools for advancing public health.