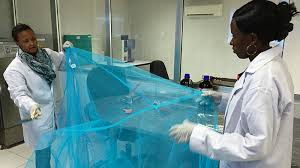 In many parts of Western Kenya, the beginning of heavy rainfall is always accompanied by an upsurge of malaria cases.

The prolonged rains increase the amount of stagnant water in the environment, hence providing a breeding place for infectious mosquitoes that cause malaria.

In malaria-endemic regions like Bungoma and Kakamega County, children below five years and expectant women are among the groups that are largely vulnerable to the disease.

Unlike adults who have developed resistance to the disease, children are at a considerably higher risk of contracting malaria since their immunity is not well developed to defend them against malaria infection.

On the other hand, malaria makes expectant women to be highly susceptible to anaemia. Women with the condition lack sufficient healthy red blood cells to carry oxygen throughout the body.

This can lead to the failure of vital body organs and death. It also increases the risk of spontaneous abortions, stillbirths, premature deliveries and having babies with low birth weight that have an increased chance of dying.

In order to counter malaria, the Kakamega County health department in collaboration with Non-Governmental Organisations like the Global Fund, AMREF and World Vision are making a concerted effort to strengthen the capacity of health facilities to reduce the prevalence of the disease in the region.

Local hospitals within the county have been stocked with anti-malarial drugs, mosquito nets, insecticides and supplementary food for children below five years.

In addition to that, Community Health volunteers (CHVs) have been empowered to pass information on malaria prevention and control guidelines to communities.

They visit households encouraging families to drain stagnant water around the compound, clear bushes to eliminate environmental breeding grounds for mosquitoes and also dispose of numerous plastic containers with water.

The CHVs are also given insecticide treated bed nets, which they distribute to households, encouraging families to sleep under them.

Twenty-five-year-old Sarah Muyeku is among the beneficiaries of the initiatives. Initially, she was not adhering to malaria prevention strategies. Also, she did not understand the importance of antenatal care visits, which made her develop complications during her first two pregnancies.

“Initially, I did not know that attending antenatal clinics was beneficial to my health plus that of my infant. I developed a lot of complications during my first pregnancy that caused a miscarriage. My second pregnancy was worse. I went on bed rest during the last stages. Unfortunately when my time was due, I gave birth to a still baby. Those experiences were heartbreaking,” she says.

For Sarah, a malaria-free pregnancy started at her doorstep when a community health volunteer, Joyce Marisiana, visited her.

Joyce is a volunteer with the Malava sub-county malaria case management project that aims to expand community-based access to preventive malaria drugs for pregnant women living in Kakamega.

“My encounter with Joyce was life changing. I was enlightened about malaria and its effects. That is when I realised that the complications I had during my first two pregnancies were as a result of malaria. Now, I am expecting another baby soon. This time, I have been going to hospital and my pregnancy journey is smooth,” happily adds Sarah.

According to Celline Makokha, the Malava Sub-County Malaria Case Coordinator, the only way to combat infant mortality and reduce the prevalence of malaria at large in the region is to strictly adhere to the malaria prevention and treatment guidelines.

“During this period, we encourage individuals exhibiting malaria symptoms to get tested at their convenient health facilities. Those with confirmed positive results will be treated with the recommended anti-malarial drugs. Also, the malaria vaccine will be administered to children at 6 months, 7 months, 9 months and 24 months. Expectant women should seek antenatal care to get malaria prevention drugs known as sulpadoxine-pyrimethamine (SP),” says Celline.

Preventive antimalarial medicine is usually given to pregnant women at routine antenatal care visits, regardless of whether the recipient is infected with malaria or not. The medicine protects the mother and her unborn child from infection and the adverse effects of malaria that can be life threatening.

According to the 2019 World Malaria report, malaria continues to be a major global health problem, with over 40% of the world’s population at risk of the disease. Africa alone is home to 94% of malaria cases and deaths.

In Kenya, the disease is mainly caused by a parasite known as Plasmodium falciparum. The bug is transmitted by the female anopheles mosquitoes that breed in swamps or stagnant water, which form during the rainy seasons.