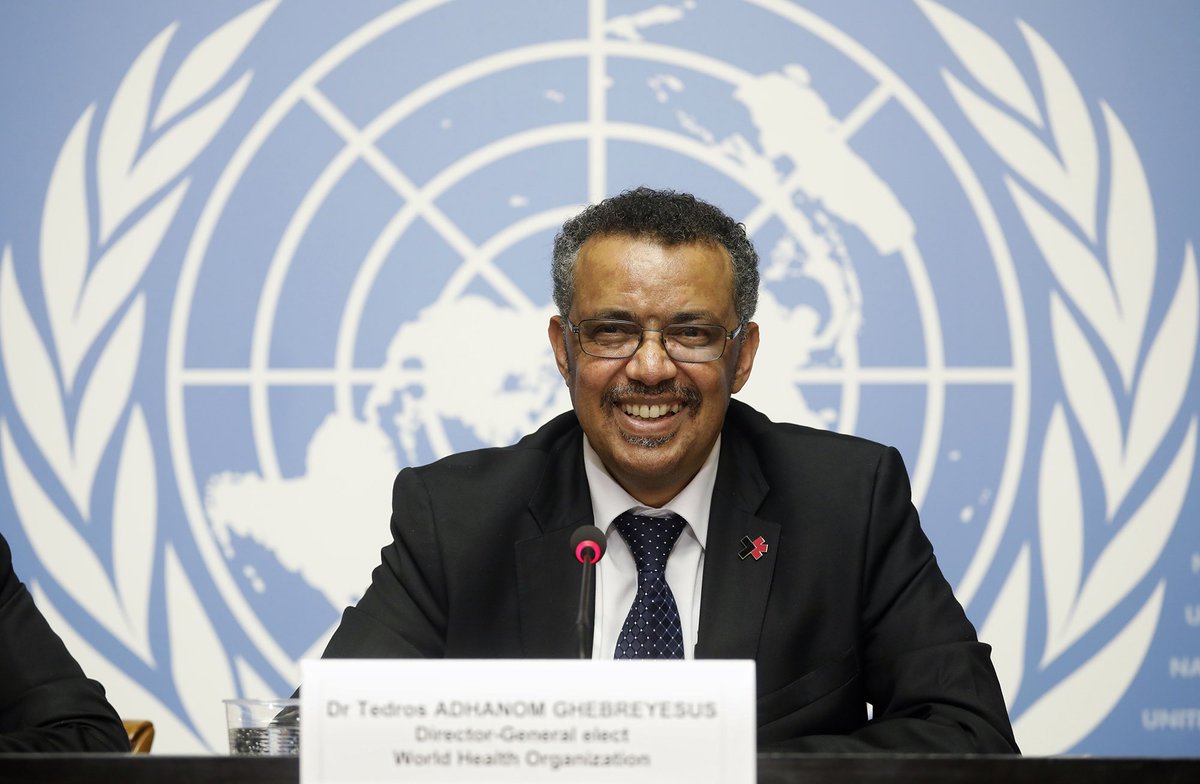 WHO Director-General Dr. Tedros Adhanom Ghebreyesus on Thursday commended Rwanda on its ongoing Ebola preparedness efforts and confirmed that no cases of Ebola have been reported from the country to date.

“Rwanda has been proactive and engaged in Ebola preparedness at all levels since the outbreak was declared almost one year ago in neighbouring Democratic Republic of the Congo. We commend the actions taken so far and confirm that there have been no cases of Ebola in Rwanda to date, despite high levels of traffic and movement of people between the two countries,” said Dr. Tedros.

Rwanda has a detailed National Preparedness Plan in place and is training health workers in early detection and response, educating communities about Ebola, vaccinating health workers in high-risk areas, equipping health facilities, and conducting simulation exercises to maintain a high level of readiness.

Screening for Ebola symptoms at points of entry has been ongoing since the beginning of the outbreak in the Democratic Republic of the Congo (DRC), and has been reinforced since the confirmation of a case in the Congolese city of Goma. Tens of thousands of people cross the border from Goma to the Rwandan city of Gisenyi each day. People crossing the border have their temperatures checked, wash their hands, and listen to Ebola awareness messages.

An Ebola Treatment Centre has been set up in Rwanda and 23 isolation units are being prepared in hospitals in 15 priority districts. Ebola response simulation exercises have been conducted in Kanombe Military Hospital, Gihundwe District Hospital, Kamembe International Airport, and Rugerero Ebola Treatment Centre to test Rwanda’s preparedness in response to a case, which will include Emergency Operations Centre activation, active surveillance, case management and laboratory testing. About 3000 health workers in high-risk areas have been vaccinated as a preventative measure, including more than 1100 in Gisenyi.

“Rwanda has made a significant investment in Ebola preparedness,” said Dr. Tedros. “But as long as the outbreak continues in the Democratic Republic of the Congo, there is a very real risk of spread to neighbouring countries. We urge the international community to continue supporting this critical work.”