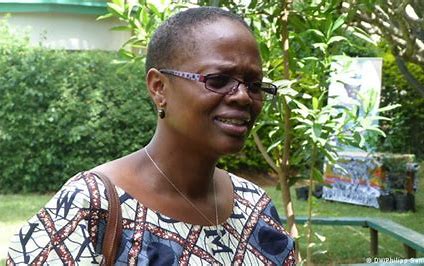 with the twin impacts of COVID-19 and Climate change.

Harsen Nyambe, African Union Commission, Addis Ababa, Ethiopia said in Abuja, Nigeria during a meeting of CSOs dubbed CountDown to the 26th Conference of Parties to the UN Framework Convention on Climate Change that Africa, being one of the most vulnerable parts of the world continues to spend its limited resources to combating climate change, a war which is gobbling an estimated amount worth 3 to 6 per cent of its GDP, despite having no historical responsibilities on climate change.

Mithika Mwenda, the Executive Director, Pan African Climate Justice Alliance noted that climate crisis has been a crisis of numerous injustices to the people of Africa, a continent that is warming almost twice the global average.  Combined with the COVID-19, climate change has deeply entrenched inequalities and exerting a massive toll on the poor and the vulnerable on people who face uncertain future.

Heightening such uncertainty, said Nyambe is refusal by the West to lift these loans at such a time as this. He said Africa is sinking into debts and servicing such debts is becoming almost impossible, partly also as a result of COVID-19—leading to generational debts. That the west is insisting on debt payment leaves one to wonder “if there is any justice for Africa at all,” he wondered.

According to the African Union biannual Disaster Risk Reduction report of 2019, Africa is experiencing rising intensity, frequency and duration of natural disasters which are associated with climate change.

Unfortunate for Africa, the report noted that most of her economies are directly dependent on climate-sensitive sectors such as agriculture, and tourism, none of which is climate-proof. “Even our infrastructure cannot withstand the impacts of climate change. The rise in temperature that is projected is likely to cripple our economies and push more of Africa into poverty and derail Africa’s aspirations for Agenda 2063,” said Nyambe.

According to Nyambe, it is shocking that the world has failed to take note of this. “Instead, the developed world continues to pile pressure on Africa to forego its development agenda by demanding that the continent switch to low carbon development”.

Yet, he noted that the problem is not an African problem. “It is simply the west deviating from the principles of the conventions such as the equal but differentiated responsibilities. The world is forgetting that Africa needs more time to switch to such transitions,” he added.

Further, said Nyambe, such transitions require massive investments such as infrastructure, capacity building, and technology transfer. Yet the pledges the west made to deliver USD 100 billion that was to begin in 2020 needed to assist Africa have not been honored. “These are the funds which would have helped Africa to be able to transit to low carbon development, and implement the nationally determined contributions, most of which demand much more than what national budgets can finance, ” he said.

Wanjira Maathai, Vice President, World Resource Institute said the climate agenda is crucial for Africa. “The road to COP26 must somehow lead to finding solidarity for the climate vulnerable countries, which currently does not exist. The resilience and adaptation agenda has to be at the very top of COP 26 discussions. And not just building resilience but also building resilience as we build prosperity,” she said.

Wanjira said that there is increasing outrage and frustration out there, even as early warnings saving lives during the impacts like floods, yet there is a push back on the issues of loss and damage in COP discussions.