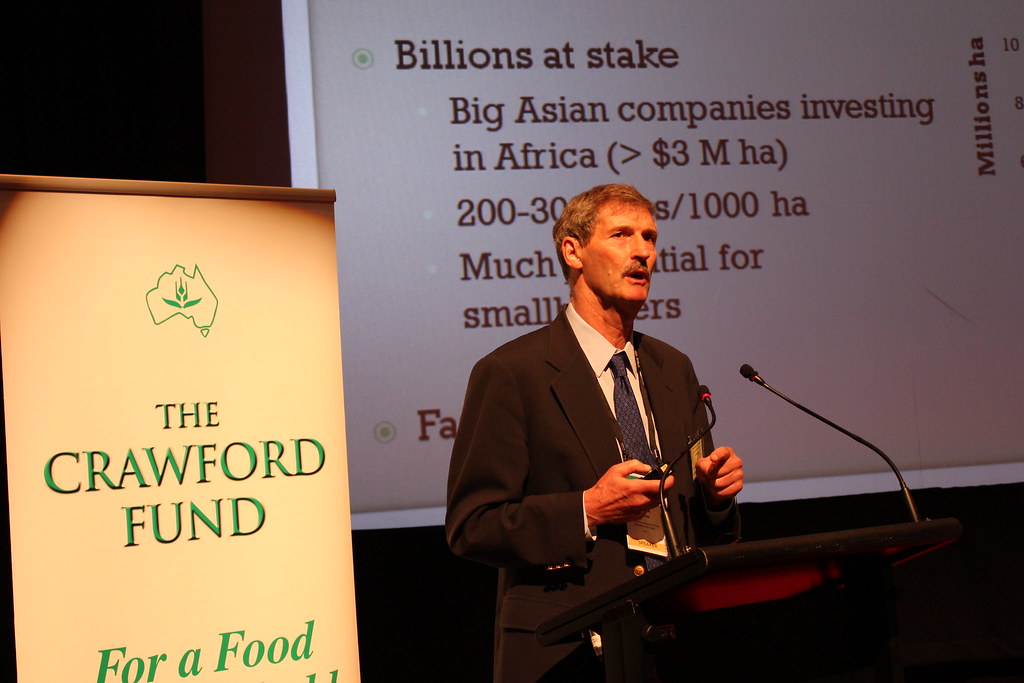 Byerlee made the remarks in a paper detailing the economic and political backdrop and events that led to the birth of CIMMYT, as the center celebrates its 50th anniversary. Headquartered outside Mexico City, the intergovernmental organization is credited with saving hundreds of millions from hunger in the post-World War II era.

CIMMYT has helped reduce the proportion of hungry people from about half the global population in the 1960s to below 20 percent today. Yearly economic benefits from its research and training activities, conducted on a budget of $180 million, are conservatively estimated at $4 billion. Scientists working at CIMMYT have been honored with a Nobel Peace Prize, three World Food Prizes and many other significant awards.

But global agricultural research faces uncertain funding and political challenges. In 2015 the World Bank reduced its annual contributions to CGIAR, the organization to which CIMMYT belongs, from $50 to $30 million and stated plans to end the donation in coming years. At the same time, many countries where CIMMYT works are embroiled in conflict, making research and development activities difficult and even dangerous.

“National research systems will need to take on more of what CIMMYT and other CGIAR centers do today,” said Byerlee, former World Bank economist and adviser who will give a keynote address to open CIMMYT’s 50th anniversary conference, to be held from September 27 to 29, 2016, in Mexico.

“National governments are largely responsible to see this happens, but continued support from CIMMYT will be vital, particularly through training and partnerships that foster a sustained national capacity.”
According to Byerlee, an Australian researcher and professor now based in the United States, CIMMYT will need to adapt its approaches to address rapid urbanization and rural out-migration in developing countries where maize and wheat are key food staples.

“Where most of the hungry are small-scale farmers, as in Africa today, the challenge is to ensure broad-based productivity growth for farmers,” he explained. “But in the future, many countries will see the bulk of the undernourished in urban areas. Productivity growth can provide affordable food, but much will depend on targeted food distribution and social safety nets.”

Byerlee also believes empowering women will be critical in all contexts. “It has long been recognized that women play a central role in international food security,” he said. “They make up 43 percent of waged farmworkers, a number that increases if unwaged work is included. Women also oversee household food needs.”

As described in Byerlee’s new publication, “The birth of CIMMYT: Pioneering the idea and ideals of international agricultural research,” the center and ultimately the CGIAR emerged from regional and national agricultural development programs established in the aftermath of World War II.

These programs were initially supported by the Rockefeller Foundation, with a mandate to ensure food security in countries disadvantaged by conflict, colonial underinvestment in research and development and economic disparities.

“At that time, explosive population growth, the dismantling of colonial empires, the prospects of famine in Asia and Cold War politics created a sense of urgency about boosting food production,” Byerlee said. “The idea took shape that international cooperation in agricultural research could solve world hunger and foster greater prosperity in emerging nations.”
“The situation in the mid-1960s was dire, with exploding population growth and declining per capita grain production in the developing world. Except for Africa, the trend has been reversed. At the same time, we now know that was not enough, and CIMMYT’s founders would be disappointed that today 800 million remain hungry in a world of rapidly-growing affluence. This calls for a recommitment to eliminating hunger through political action at local, national and international levels.”

“Based on the past 50 years’ experience, certain core functions of international research, such as gene banks to conserve crop genetic resources or strategic research on crop diseases, must be maintained,” Byerlee.

Beyond this, he said, international collaboration in agricultural research will and must continue as a central pillar of improving human welfare. “The basic ideals of global facilitation, producing and sharing scientific knowledge and products, long-term strategic partnerships on the latest science, sustained support and freedom for high-quality scientists, and capacity building—those evolved over 50 years ago but remain equally valid today.”

Prior to working at the World Bank, Byerlee served as Director of Economics at CIMMYT and Associate Professor, Michigan State University.