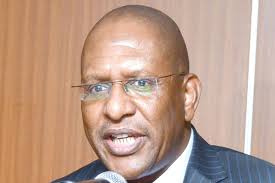 The Ministry of Environment has promised support for all the work by CSOs and indigenous people geared towards enriching the environment.

Speaking today when he opened the Regional Dialogue for Indigenous Peoples and Southern CSOs, Kenyan Forestry and Environment Minister Keriako Tobiko praised the Pan African Climate Justice Alliance Executive Director Mithika Mwenda and encouraged him to continue fighting climate change effects through many fronts, including by working with the Government.

And to mark the importance of the event, the CS took participants of the event to Karura Forest in Nairobi, where they planted trees and encouraged everyone to do the same. He said the climate crisis affected the most vulnerable people more and asked that the nations responsible for the highest amounts of carbon emissions fund projects that can help tackle global warming.

The minister also encouraged CSOs to get out of conference rooms and follow up with people whose capacity they built to ensure more is achieved.

Speaking at the event attended by more than 100 representatives of over 18 African Governments and Civil Society Organisations, other CSOs from Asia Pacific and South America, Mithika thanked World Bank for funding the Forest Carbon Partnership Facility (FCPF) Capacity Building Programme that has seen many get insight on better use of the forests to reduce carbon emissions.

“I thank the FCPF and World Bank for the work done over so many years, especially since 2008 when the FCPF facility was launched. I would also wish to thank government representatives for attending this workshop for the commendable work you are doing in your respective countries to ensure that REDD+ goals are delivered, but most importantly special thanks go to the CSOs and Indigenous People (IPs) represented here for your undying efforts in building the capacity of our communities.

In the event facilitated by PACJA’s Chair of the Technical and Political Affairs Augustin Njamnshi, from Cameroon, Mithika called for support from stakeholders and more partnership to ease the burden and “tackle the climate crisis enemy” faster. “The REDD+ Partnership constitutes a promising step on the road to a comprehensive, long-term response to how forests in developing countries can contribute to a global climate change solution, as well as to biodiversity conservation.

“It is evident that resources are urgently needed for capacity building, technology transfer, strengthening governance, and enforcement and demonstration activities to prepare developing countries to take effective actions to reduce emissions from deforestation and forest degradation. This is the role that FCPF, through World Bank, has endeavoured to achieve in the last one decade and through this facility, a considerable number of milestones have been attained,” he said.

Also at the event was World Bank’s Nicholas Soikan, who thanked PACJA and Mainyoito Pastoralist Integrated Development Organization (MPIDO) for implementing the project, but added that the work had just begun, and its success would be measured by the actual work done by those who have been trained.

MPIDO’s Director Joseph Ole Simel said it was important that women were incorporated in the climate change fight. He also called on Governments to mitigate climate change to reduce conflicts instigated by the crisis.

“The Kenyan Government’s programme to restore Mau should be followed to the end, for us to achieve the 10 per cent forest cover as quickly as possible. This is why everyone’s participation is important,” he said.

“Developing countries’ capacities need to be strengthened, both in terms of strategy planning and in terms of institutions, while promoting the ownership and long-term plans and policies. It is critical that these ongoing and planned efforts are carefully documented to ensure they will assist in developing solid long-term approaches to REDD+,” Mithika added.

The FCPF project is geared towards strengthening the knowledge of African Civil Societies, Local Communities and forest dependent Indigenous Peoples from 18 FCPF Countries in order to facilitate their active engagement and meaningful participation in the national REDD+ Processes.

The CBP is coming to its set closing date in December 2019 in the Asia-Pacific and Africa regions, and in June 2020 in the Latin America and the Caribbean region. There have been significant results achieved under this program, which were not only demonstrated in increased awareness of the IPs and CSOs to REDD+, climate change and preparation of national Emission Reduction Programs (ERPs) but also in their higher visibility and participation in various country level dialogues.