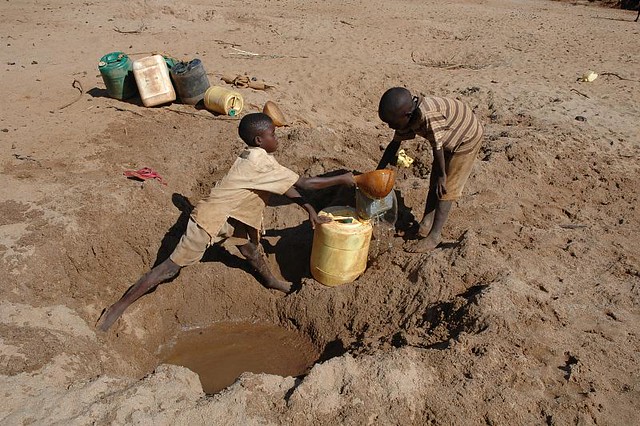 Experts warn that the prolonged drought in the Horn of Africa may aggravate nutrition and food-related challenges including vitamin and mineral deficiencies, obesity and non-communicable diseases.
World Food Programme (WFP) estimates that over 8.5 million people in the Horn of Africa, mostly children, are facing crisis food security conditions, with more than 1.3 million victims in Kenya. The situation is expected to worsen as drought continues, exacerbating current hunger and malnutrition.
As the food crisis escalates, deaths and illness associated with malnutrition in Kenya will likely increase. Most recent pre-crisis numbers, reported in the Star, a daily newspaper indicate that 41 percent of children in urban areas and 35 percent of children in rural areas experience stunted growth due to malnutrition.
The fears of malnutrition due to food shortages has worsened conditions of refugees mainly from South Sudan and Somalia, thus concerted efforts to tackle high levels of malnutrition among children through boosting food provision has never so urgent. “However at this point in time, it must be made clear that it is not just the refugee who face dire consequences of the drought. The nutritional status of children in urban areas in Kenya is worse than that of rural areas,” says Elizabeth Kimani- public health specialist with Africa Population Health Research Centre.
Drought affects between 1.5 – 3.5 million Kenyans during each episode, destroying lives and livelihoods. “Drought undermines national development and threatens food availability in what Kenyan President Uhuru Kenyatta attributes to poverty, over-consumption, growing population and climate change.
Last Friday, Kenya belatedly declared the current and famine that have that has ravaged the country since mid-2016, national disasters which has led to loss of many lives and property, including livestock.
Consequently, President Uhuru’s administration is responding to the crisis by distributing relief food, provision of livestock feeds, livestock disease management, water distributing and storage, repairing and rehabilitation of boreholes, provision of nutrition supplement supplies and drought response monitoring among others.
Hailed as a wise move, others including the Opposition leader Raila Odinga says lackadaisical response raises doubts about government’s readiness to handle emergencies. “We demand clear programme for providing supplies including water, food, hay, medicine and all other necessities to people in need and the purchase of endangered livestock to save pastoralists from further loses.
Stakeholders are calling for innovative response to the ongoing drought, famine and food insecurity, which are likely to result to malnutrition, infectious diseases, climate change, biodiversity losses, marginalization of women and children and widening equity gaps in socio-economic well-being.
Council of Governors (COG) Chairman Peter Munya says drought and famine have hit some Kenya’s 46 semi-autonomous administrative units (counties). According to Mr Munya, the governors promised to play in mitigating drought and preventing famine, reducing vulnerability to climactic shocks through humanitarian education and sustainable pastoralism development.
Kenya is home to more than 44 million people, 80 percent of whom live in rural areas and rely almost entirely on seasonal rainfall to eke living from small-scale farming. When rains fail, crops fail and people denied source of food or income. About 80 percent of the land in Kenya is arid or semi-arid, and nearly half of the population lives below the poverty line.
Kenya also hosts close to 600 000 refugees with around 183 000 housed in Kakuma in northern part of the country. The majority come from neighboring South Sudan and Somalia. Refugees in Kenya predominantly depend on humanitarian assistance, as they are not allowed to work for a living.