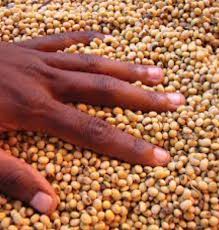 Fifteen African countries encompassing 315 million people and with average child malnutrition rates of 38 per cent could significantly improve food security and nutrition by developing their seed industries, according to a new report from the Nairobi-based Seed Systems Group (SSG).

SSG analysis reveals that even if only one-third of the farmers in the 15 countries* are able to obtain improved seed, they could generate an additional 25 million metric tons of food worth US$4 billion. Currently, the standard reuse of seed for the same low-yielding and often disease-ridden crop varieties makes it impossible for poor, smallholder farmers to improve their yield or the nutritional quality of their crops. The result is stalled economic growth and widespread hunger and malnutrition, made more acute by the increasing extremes of climate that grip many farming communities.

“Improved seeds improve lives,” said Dr. Namanga Ngongi, Board Chairperson of the SSG. “Now, countries that were by-passed during Africa’s first 10 years of local seed industry growth can learn from their neighbors. They can leapfrog development of their seed systems to bring their farmers quality seeds that yield more and stand up to climate change.”

The report is based on the experience of 15 African countries that partnered with AGRA (Alliance for a Green Revolution in Africa) in 2009 to drive a first wave of growth for African seed industries. The authors anticipate that a similar approach will transform food production and economic fortunes in some of the continent’s poorest countries.

Locally owned seed companies that emerged from the first wave are now producing 150,000 metric tons of seed annually. That’s enough to plant seven million hectares and provide food and income for 20 million African farm families. They are drawing from nearly 700 newly-bred, government-approved crop varieties representing 14 different food crops that include both staples like maize and rice, and nutritious leafy green vegetables, beans and other legumes.

“The 700 new, improved varieties are an incredibly valuable asset for combatting hunger and jump-starting rural economies across Africa,” said DeVries.  “Our approach harnesses the leadership of the private sector—private seed companies and agro-dealers—that can deliver new seed to farmers just about anywhere.  We now have the seed, and we know how to deliver it.  The farmers have consistently shown they will buy it.  Conditions are ripe. We have to act on this.”

For example, in Burkina Faso, local companies supplied farmers with just about 279 metric tons per year. By 2017, rapid progress with four local startups increased that amount 25-fold, to 7,000 tons. One of these companies, Nafaso Seed Company, has begun exporting seed to other countries.

Much of that is seed for “hybrids”— conventionally bred (non-GMO) varieties that offer superior yields and better disease resistance because they naturally carry the best traits from both “parent” plants. Before these companies arrived on the scene, farmers in Ghana had very little access to any kind of hybrid crops.

“Without high-quality seed, farmers can never expect to get ahead,” said SSG President Dr.  DeVries. “This is clear in our 15 focus countries. Their farmers produce about a ton less food per hectare than farmers in first-wave countries.”

The next wave of countries likely to benefit from the growth of new seed industries includes Chad, Benin, and Togo — all highlighted in the report.

15 million people live across Chad, a country more than twice the size of France—with large areas suitable for food production.

However, Chad ranks 118 out of 119 countries in terms of food security. In rural areas, up to 44 per cent of people suffer from undernutrition. Crop yields are about a third that in countries with better-developed seed systems.

Given this, the government is moving to improve seed production. In 2016, it passed a seed law that welcomes private sector investment, and government leaders have pledged to increase the amount of improved, certified seed planted on local farms from two per cent to at least 20 per cent.

In Benin, 1.3 million farmers grow maize, cassava, sorghum, yam, rice, cowpea and other staples. Yields average about 1.4 to 1.5 metric tons per hectare–about a ton or more below what would be possible with better seed. Malnutrition rates also are high at 45 per cent. Quality seed could help boost the production of nutritious, leafy vegetables.  But to date, there have been no local, privately owned seed companies operating in Benin.

While in Togo, agriculture accounts for about 41 per cent of the GDP and employs roughly two-thirds of the population. Maize yields are about 1.2 tons per hectare and do not allow farmers to be profitable.

Yields for other crops such as sorghum are even lower and falling. High-yield maize varieties are a logical target for initial seed production efforts. Given the large portion of farmlands devoted to maize production, increasing yields per field could make room for a wider range of nutritious food crops.

Today, there are just two small, private seed companies and seed producers in Togo producing about 1500 tons of seed annually.

“These two small companies and seed producers are a foundation to build on,” Togo’s Hon. Minister for Agriculture Koutéra K. Bataka recently told a cabinet meeting. “SSG’s public-private model for the delivery of improved seed varieties is exactly what we need. Giving free seeds to farmers is not viable long term. But together we can transform the future for our farmers by including them more at the agricultural values chains.”

To develop local seed companies, SSG uses a model designed to catalyze not only the use of quality seeds, but a whole range of modern, dynamic farming practices that are sustainable, help farmers adapt to climate change and connect them to markets.

“We believe this is the way forward for countries determined to improve the lives of their rural populations, to feed all their people, and to sustain their natural environments,” said SSG’s DeVries. And, as the report points out, the SSG approach is sustainable. More than 80 per cent of African seed startups launched since 2007 are still supplying smallholder farmers with the latest improved crop varieties. Many have grown to employ sizeable staffs and add research and field-testing components.

With the launch of SSG, the goal of delivering good seed to all of Africa’s farmers now moves to some of the continent’s poorest countries. “All farmers deserve good seed,” said SSG Board Chairperson Ngongi.