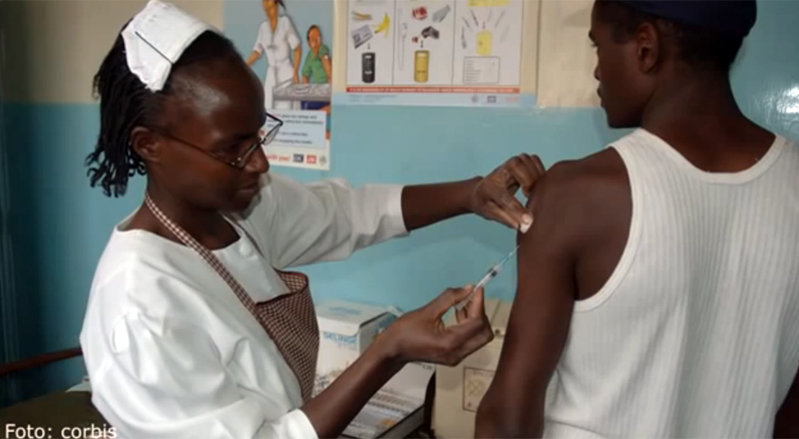 The Medicines Patent Pool has announced signing a licence with Johns Hopkins University to facilitate the clinical development of tuberculosis (TB) drug candidate sutezolid. Long considered a promising investigational treatment, its further development in combination with other drugs, could offer hope to millions of African suffering from TB particularly those that are both drug-sensitive and or with drug-resistant TB.

“We are proud to work with Johns Hopkins University to encourage the further development of sutezolid, a potentially important component of new TB regimens,” said Greg Perry, MPP’s Executive Director. “Faster acting, better therapies to treat TB are a particularly urgent global public health priority. With the exception of two new drugs that have come to market recently, the dearth of new alternatives to decades-old TB drugs contributes to our limited response to the epidemic.”

Johns Hopkins University is granting the MPP an exclusive, royalty-free licence covering all countries that currently have patents issued or pending for a combination therapy comprising sutezolid and two additional compounds used to treat TB such as pretomanid, delamanid, bedaquiline, rifampicin and moxifloxacin. The patent for the base compound sutezolid expired in August 2014, but the patent for the use of sutezolid in combination therapy for TB—held jointly by Pfizer Inc and Johns Hopkins University—is valid until August 2029 in the countries in which it was filed.

“The MPP-John Hopkins University agreement is an extraordinary step as it seeks to jump-start currently stalled development on a compound that showed promise in early stage trials,” said Mario Raviglione, Director of the Global TB Programme at the World Health Organization (WHO). “The current scarcity of treatment options is threatening to derail the WHO’s global targets to slash TB deaths by 95% over the next two decades. We are in urgent need of new and better combination regimens, especially for patients with multidrug-resistant TB, and the inclusion of sutezolid might bring great benefit.”

According to the WHO, there were an estimated 1.4 million TB deaths in 2015, including 0.4 million among people living with HIV, making it one of the top 10 causes of death worldwide. Tuberculosis is the leading cause of death in people living with HIV, and a treatable and curable disease facing the specter of growing drug-resistance. The latest WHO data shows that, worldwide, only 52 percent of multidrug-resistant TB patients and 28 percent of extensively drug-resistant TB patients are currently successfully treated.

Sutezolid is an oxazolidinone antibiotic in the same class as the commercially-available drug linezolid but in early-stage testing was shown to be more potent and less toxic. Currently in Phase IIa clinical development, Phase I trials revealed that the compound has action mechanisms similar to those of linezolid. Despite positive early study results published in 2014, however, there has been no further development of the treatment.

“Understanding the crucial importance of moving sutezolid forward, the TB community has long advocated for responsible, public health-oriented licensing of the product,” concluded Perry. “We commend Johns Hopkins University for its commitment to improving treatment options for TB patients through this licensing agreement.”

The MPP was founded and remains fully funded by UNITAID.