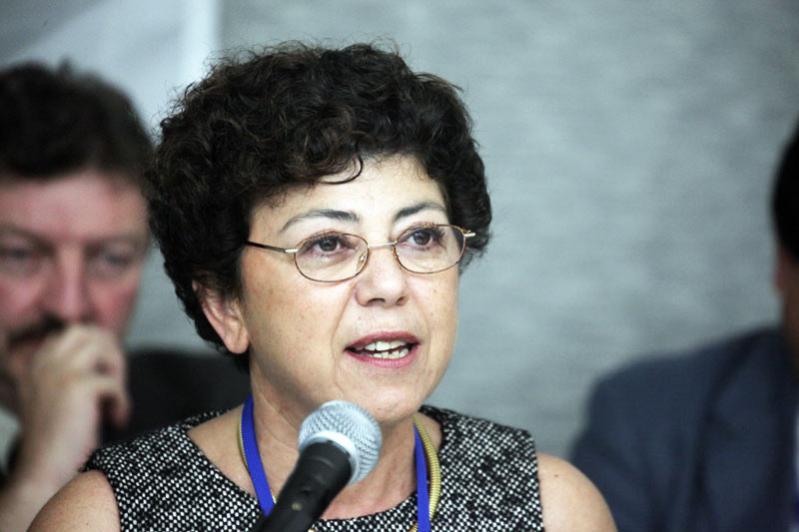 The United Nations Convention to Combat Desertification (UNCCD) and the Japan International Cooperation Agency (JICA) have pledged to jointly accelerate efforts to eradicate poverty in Africa and achieve global stability through the “African Initiative for Combating Desertification to Strengthen Resilience Climate Change in the Sahel and the Horn of Africa”.
Issuing a statement from the JICA’s headquarters in Tokyo after their meeting, Monique Barbut, the United Nations Under Secretary-General and Executive Secretary of the UNCCD and Noriko Suzuki, Senior Vice President of JICA said their two organisations will work together to build a network in the Sahel and the Horn of Africa, promote the sharing of good practices and lessons learned in combating desertification, and facilitate support to countries in the regions for obtaining development funding to use for measures against desertification.
The countries in the Sahel and the Horn of Africa face many development challenges, including poverty, civil war, conflict, refugees, starvation due to drought and HIV/AIDS.
When areas with growing poverty are hit by desertification, the poverty is exacerbated further due to factors such as agricultural productivity that falls from bad to worse. Climate change in recent years is said to have made desertification worse.
Poverty is a root cause of terrorism, violent radicalism and growing refugeeism, and combating desertification through efforts such as forest recovery and preventing soil degradation, is, along with fighting poverty in the regions through improved agricultural productivity, a priority for global stabilization and is one of the Sustainable Development Goals.
Nevertheless, desertification is not always of high concern for the international community and so the regions do not receive adequate support.
In order to raise international awareness of the importance of desertification and encourage stronger support, JICA and the UNCCD announced at the Sixth Tokyo International Conference on African Development (TICAD VI) last August that they would launch, in collaboration with the Governments of Kenya and Senegal, the “African Initiative for Combating Desertification to Strengthen Resilience Climate Change in the Sahel and the Horn of Africa.”
A meeting was held from February 1 to 3 in Nairobi, Kenya, to formulate a concrete plan of action of the initiative in which the Government of Kenya has led measures as a hub country in the Horn of Africa. The Government of Senegal plans to hold a similar meeting in March 2017.
Efforts by the countries of Africa will be supported by JICA based on its knowledge and experience in capacity-building in the processes of nation-building and developing human resources in Africa, and also by the UNCCD which plays a critical role in Africa as a convention to combat desertification.
The UNCCD is the only legally binding international agreement on land issues. The UNCCD promotes good land stewardship. Its 195 Parties aim, through partnerships, to implement the Convention and achieve the Sustainable Development Goals. The end goal is to protect our land from over-use and drought so it can continue to provide us all with food, water and energy. By sustainably managing land and striving to achieve land degradation neutrality now and in the future, they will reduce the impact of climate change, avoid conflict over natural resources and help communities to thrive.
Through ownership by countries in Africa and partnerships among development partners supporting that ownership, the initiative aims to combat desertification, thereby strengthening resilience to climate change, and achieving sustainable development in a peaceful, stable world.
The Sahel is a semi-arid region on the southern edge of the Sahara Desert. In general, it refers to a region of eight countries: Burkina Faso, Cameroon, Chad, Mali, Mauritania, Niger, Nigeria and Senegal. The Horn of Africa is a region in the eastern part of the African Continent that forms a horn-like shape bordered by the Red Sea and the Indian Ocean, and includes Djibouti, Eretria, Ethiopia, Kenya and Somalia (the initiative further includes Sudan and South Sudan in this region). Due to poverty and insufficient state functioning, these countries face challenges such as illegal trade in weapons and drugs, organized crime including abductions, government instability, and poverty and starvation due to drought and other meteorological and natural causes. (Reference: Ministry of Foreign Affairs of Japan)
Goals to eradicate poverty, hunger and inequality, and combat climate change and environmental problems listed in “Transforming our world: the 2030 Agenda for Sustainable Development” adopted at the United Nations Sustainable Development Summit in September 2015. The Agenda includes 17 goals and 169 targets.
Sustainable Development Goal 15 specifically set out to protect, restore and promote the sustainable use of terrestrial ecosystems, sustainably managing forests, combating desertification, halting and reversing land degradation, and halting biodiversity loss.