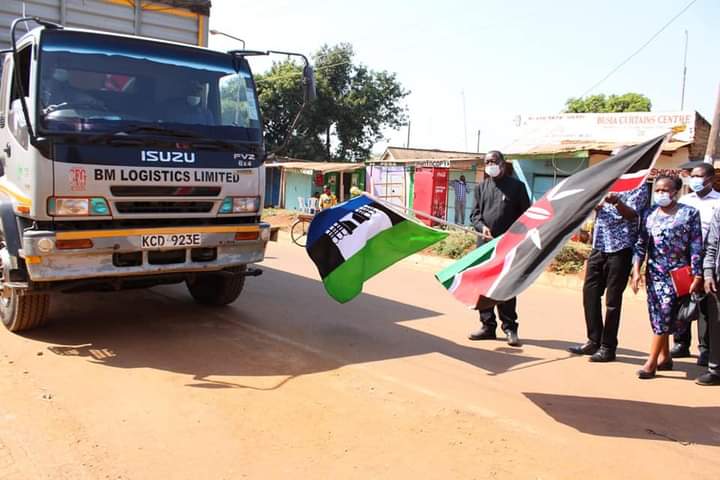 Malaria remains a major killer disease in Sub Saharan Africa and there is need for joint efforts to tame it, to improve health for sustainable development in the horn of Africa region.

In Western Kenya, the government has embarked on mass mosquito nets distribution drive aimed at boosting the fight against malaria that is rampant in the lake region counties.

In the Border county of Busia, one of the counties in Western Region of Kenya for instance, the Governor Sospeter Ojaamong launched the mass distribution of nets, an exercise to be rolled out in the entire County.

Speaking at the Matayos Sub County Health Centre where he presided over the official launch of the Busia County mass net distribution, the Governor revealed that malaria prevalence rate in the county stands at 19 per cent which is higher compared to other counties across the country and appreciated partners for their enormous support in the fight against malaria in his county government.

The Governor underscored the importance of proper utilization of mosquito nets to boost the  fight against malaria which remains the greatest killer disease not only in the county, but the entire horn of Africa region.

Ojaamong who also commissioned the distribution of microscopes, stressed the need for residents to support efforts put in place by his administration and other partners in reversing the trend to enhance robust health among citizenry for rapid socio-economic and sustainable development.

The County Chief said despite the  financial challenges across the 47 counties in kenya, his government  seeks to operationalize all health facilities across the county to improve on service delivery.

Deputy Governor  Moses Mulomi, who holds brief as the County Executive member for Health disclosed that the County Government of Busia has already procured  chemicals for use to spray in stagnant waters which is breeding ground for mosquitoes.

Busia county has made strides in improving healthcare services in its effort to eliminate diseases like malaria that remains a thorn in the flesh for the rural and peri-urban population.