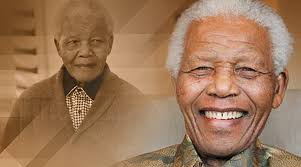 Findings from the inaugural African Youth Survey of 2020 reveal that while almost seven years since his passing, the spirit of South Africa’s ‘Madiba’ continues to loom large with young people across the African continent, with 86% of respondents believing that Mandela’s values are still relevant today.

According to the groundbreaking study of 4,200 young men and women, aged 18-24, held across 14 Sub-Saharan African nations, commissioned by the Ichikowitz Family Foundation, over half (55%) of those polled believe Nelson Mandela was the single individual to have had the greatest impact on Africa, as far as respondents can remember within their lifetimes.

Only former U.S. President Barack Obama garnered double digits from Africa’s young people polled (12%), while Bill Gates and Donald Trump each registered 6%. Facebook’s Mark Zuckerberg appealed to 5% of those polled from Africa’s budding digital generation. Despite China’s investment on the continent, the Chinese leader, Xi Jinpeng polled only 2% while Russian President Vladimir Putin garnered only 1% of respondents believing they had the biggest impact on the continent.

When asked about which of Mandela’s values have held the greatest impact on Africa, 30% of respondents suggested his struggle for freedom, 19% cited non-racism, 11% believed Mandela’s commitments to justice and reconciliation, and 10% also suggested that Mandela’s principle of equality was at the top of their list. Non-violent protest (5%), kindness (4%), dignity (4%), empathy and public service were also deemed to have had the biggest impact across the continent.

Nearly nine in ten (86%) believe that Mandela’s values are relevant to helping Africa find working solutions for its most pressing problems. Indeed these sentiments held true across the continent, with over nine in ten polled in Ethiopia (95%), Senegal (95%), Mali (93%) and Ghana (92%) believing Nelson Mandela’s values still play an important role.

Looking at the leaders who will have the greatest impact on Africa over the next five years, the balance changes. The future of African youth, it seems, will be primarily driven by American leaders with Donald Trump (22%) leading the charge, followed by Bill Gates (13%), reflecting the global reach of Microsoft and the charitable programmes of the Bill and Melinda Gates Foundation in Africa, and Mark Zuckerberg (10%), confirming the vast influence of Facebook as the second most important source of news for young people on the continent. Surprisingly, no current-day African leaders reached beyond Uhuru Kenyatta’s 5%. Xi Jinping garnered the fourth-highest share of expected impact at 9%.

Ivor Ichikowitz, African industrialist, philanthropist and Chairman of the Ichikowitz Family Foundation, stated, “Compounded by the numerous stressors of the COVID-19 pandemic, there’s no longer any denying that the world is facing a crisis in lack of leadership. We grapple daily with populist borne fissures within society’s fabric, including surging political, religious, racial and ethnic divides. In the fight against such hatred and division, Nelson Mandela’s struggle for freedom, non-racism, justice and equality are today more relevant than ever.

“While we must continue to cherish Mandela’s significant contribution to peace, fairness and reconciliation, we must choose to prioritize fostering a climate of true equality and greater tolerance, and press our leaders to do the same; tackling the real challenges that perpetuate hate across our planet, such as poverty and conflict, while pursuing cooperation rather than confrontation.”

Mandela’s legacy in shaping a shared African identity was acknowledged in most countries with more than 90% of Ghanaian and Kenyan youth believing in a Pan-African identity. Regionally, West Africa reported the highest level of support for an African identity (78% agree), followed by Southern Africa (77%) and East Africa (69%).

Ichikowitz added: “The findings of our study serve as a critical barometer as to just how significantly the life and legacy of Mandela resonated across our continent; the values that Mandela not only espoused but embodied, are continuing to inspire our next generation. In Africa’s youth, we stand a real chance of making the dream of the African Century a reality and shaping a better tomorrow for the rest of the world. As Mandela once said, ‘as we let our own light shine, we unconsciously let other people do the same”.

The African Youth Survey (AYS) was conducted by PSB Research (part of WPP Group) across the major urban centres of Congo-Brazzaville, Ethiopia, Gabon, Ghana, Kenya, Nigeria, Mali, Malawi, Rwanda, Senegal, South Africa, Togo, Zambia and Zimbabwe. The Foundation is prepared to continue administering the African Youth Survey on an annual basis, in an effort to help African governments, global lending institutions, and regional business and civil society leaders collect the critical, contemporary information required to better respond to the concerns of what is collectively the world’s fastest-growing population.