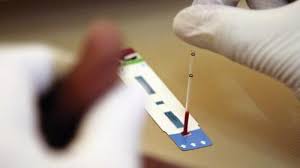 Roche and non-profit (RED) have jointly announced joining forces on Wednesday to raise awareness of the importance of diagnostic testing in the global fight against HIV/AIDS. (RED) is a division of the ONE Campaign, a global movement to end extreme poverty and preventable disease by 2030 so that everyone, everywhere can lead a life of dignity and opportunity.

This is the first time (RED) is partnering with a diagnostics company to emphasize the importance of testing as a critical step to reach the goal of an AIDS-free generation by 2030.

‌“Roche, through our Global Access Program, is committed to providing care where access is limited and is excited to partner with (RED) in its efforts to help countries achieve the goals of UNAIDS,” said  Bernard Colombo, President Europe Middle East, Africa and Latin America, Roche Diagnostics International.  “Through this partnership, there is an opportunity to encourage more widespread HIV diagnostic testing so that people living with HIV are empowered to better manage and maintain their health for a prosperous future.”

Since 2014, Roche’s Global Access Program has increased access to HIV diagnostic testing in areas most impacted and in need. Together, as a community and in partnership with (RED), Roche is raising awareness around the importance of HIV diagnostic testing for improved disease management and supporting Joint United Nations Programme on HIV and AIDS (UNAIDS) goal of an AIDS-free generation by 2030, which calls for zero new HIV infections, zero discrimination and zero AIDS-related deaths.

Jennifer Lotito, President and Chief Operating Officer, (RED), said: “It’s exciting to have Roche and its deep roots in diagnostics join (RED) to bring further awareness to the fight. The devastating impact of pandemics is being felt around the world, and we are proud – alongside Roche’s team of experts – to lead the way in underlining the importance of testing as the first step towards getting people back to health.”