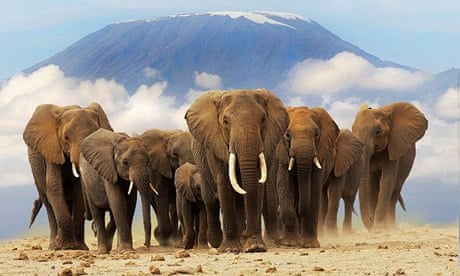 As the count down begins to the 17th meeting of the Conference of the Parties (CoP17) for CITES, which commences in Johannesburg on 24 September, conservationists question the relevance of the issues at stake and what one can expect from the hosts: South Africa.

With a huge range of pressing issues to be addressed this year, many concerns are pertinent to South Africa. From pangolins and parrots, to lions, elephants and rhino, it is hoped that there will be enough time to cover all of them in sufficient detail.

CITES is the Convention on International Trade in Endangered Species of Wild Fauna and Flora which attempts to protect species against over-exploitation through international trade. Referring to global conservation agencies such as IUCN for recommendations, CITES decisions are based on accepted proposals to make amendments to trade regulations on threatened species.

Species are listed by CITES into three Appendices: Appendix I species, in which trade is permitted only in exceptional circumstances such as the one-off sale of ivory in 2008 – which many believe stimulated ivory markets and caused an upsurge in poaching – Appendix II in which trade must be controlled and Appendix III which contains species that are protected in at least one country.

“Although elephant, lion and rhino will be in the public eye at this year’s CoP, essentially all species are important and discussions around plants, fish or the iconic elephant are no less or more important than another,” says Claire Patterson-Abrolat of the Endangered Wildlife Trust.

Since the release of the Great Elephant Census which revealed that savannah elephant numbers across Africa have dropped by a third in seven years due to poaching, it is clear that urgent action is needed to prevent their extinction.

“Elephants and the ivory trade will be front and centre at this CoP. Given the results of the Great Elephant Census, Parties to CITES are going to have to put the politics of listing proposals and discussions aside and focus on urgent measures that have to be adopted to ensure the future viability of Africa’s elephant populations,” says Jason Bell, Director of the Elephant Programme at IFAW.

But South Africa is opposing an IUCN motion passed this weekend at the World Conservation Congress in Hawaii, which urgently requests all governments to shut down their domestic markets for ivory.

“Japan, Namibia and South Africa are desperately pushing for a series of amendments (to Motion 007) but the floor is rejecting them all systematically,” says Wildlands CEO, Andrew Venter. With 91% of IUCN members voting in favour of the motion, it will be very difficult for CITES parties to ignore this consensus at COP 17.

Furthermore by submitting a counter-proposal to the African Elephant Coalition’s CoP 17 submission, which pushes for an Appendix 1 listing for all African elephant populations, South Africa is making it clear that it does not support a ban in domestic ivory trade which many, including the IUCN, believe creates opportunities to launder illegal ivory under the guise of legality.

“We are concerned that CoP17 is likely to be a rerun of the old pattern, with proposals and counter-proposals on legal international ivory trade and related matters, all diverting the attention of Parties from the real issues,” says a statement by WWF.

In contrast, it seems the trade in rhino horn is settled for the moment. The South African Government has confirmed it will not request a lifting of the ban on international trade at this year’s CoP, although Swaziland has done so.

“South Africa is not opposed to trade in rhino horn but was put in a position where it would have been political suicide for it to submit a trade proposal to CoP17. Other than a few economic interests, nearly everyone agreed that it would have been a bad idea,” says Bell.

However, Ian Michler, safari operator and environmental journalist, believes that Swaziland’s proposal for trade in rhino horn “may well be a proxy for South Africa – a testing of the waters. In this way the pro-trade lobby and South Africa gets to see what needs to be done for their own submission at the next CoP.”

“From a South African perspective, one of the most relevant issues to be discussed at CoP 17 is uplifting lion to Appendix I,” says Andrew Venter. “But moving lion to Appendix I may not stop the captive predator breeding trade. In practise, it may strengthen the industry as CITES encourages captive breeding of Appendix I species as a conservation tool, arguing that this takes the pressure off wild populations.”

Although South Africa has 7 000 lions in captivity, leading global conservation groups do not attribute any conservation value to these.

With estimates of a million illegally trafficked pangolins in the last ten years, the species is the most poached mammal on earth. As a result there appears to be an unanimous agreement amongst pangolin range states to transfer all eight species to an Appendix I listing.

“There are rigorous measures up for debate that would enhance the international response to the trafficking of pangolins and are essential to ensuring the proper implementation the new listings. We strongly support these additional measures and hope that they will also be overwhelmingly endorsed,” says a WWF statement.

A proposal to end international trade in wild caught African Grey parrots has also been submitted. Selling more than 40 000 birds each year, South Africa is the leading exporter of captive bred African Greys which have been recorded by CITES as the single most traded wild bird in the world.

“The captive breeding industry in some parts of the world, especially South Africa and the Middle East, relies heavily on wild birds as breeding stocks,” says Rowan Martin, Director of the World Parrot Trust.
“South Africa has also been a major importer of wild caught Grey parrots which have provided inexpensive breeding stock for the development of a lucrative captive-breeding industry.”

South Africa has some serious choices to make at the end of this month and has the opportunity to gain the world’s respect by aligning with proposals to secure the survival of some of Africa’s most iconic species instead of fighting a lone battle against world opinion on these issues.